What is the best Arabic keyboard? (and where to buy)

There are many options for Arabic keyboards: hardware (qwerty and qwertz), mobile apps or virtual keyboards online. Here is a list of the best Arabic keyboards.
byGerald Drißner
4 minute read
2 comments

Those who write a lot in Arabic will quickly appreciate the advantages of a mechanical keyboard. But there are also viable solutions for those who only occasionally write in Arabic.

These virtual keyboards work with every operating system – you just need a browser and don’t have to install an extension or add-on.

If you only occasionally need Arabic letters, for example, to google things, a virtual keyboard should do the job.

You can write with English letters and the text will be automatically converted into Arabic script.

You can also install add-ons for Chrome and Android on the website.

Try it out here https://www.google.com/intl/ar/inputtools/try/

There are some handy extensions for Internet browsers.

With Google Input Tools, you can easily type in Arabic – using Latin characters or, if you have a tablet, using your handwriting.

Get it on the Chrome Webstore https://chrome.google.com/webstore/detail/google-input-tools/mclkkofklkfljcocdinagocijmpgbhab

Yamli used to be the first and best extensions to type in Arabic (see below) – if you want to use Latin/English characters. I don’t think that the extension will be maintained in future, but it still works.

Get it on the Chrome Webstore https://chrome.google.com/webstore/detail/yamli/jhninijcbcniklnjbohdmoglogfjbglh/related

This extension is for people you don’t want to write with English characters, but prefer to hit an Arabic letter. It works quite well.

Get it on the Chrome Webstore https://chrome.google.com/webstore/detail/arabic-keyboard/efjgnndlicleaolkoffalpfkgmaggabk

The story behind Yamli: In July 2006, the war in Lebanon had started. Habib Haddad was looking for news about the war online. Without access to an Arabic keyboard (I guess he was living in the USA), Haddad had difficulties finding information in Arabic.

Along with co-founder Imad Jureidini, he founded Language Analytics LLC in July 2007 – and developed yamli.

This phonetic keyboard works very well on Windows and Mac. You can use your English keyboard to produce Arabic letters – just type the words phonetically.

Get it herE FOR WINDOWS AND MAC: https://arabic.omaralzabir.com/

Get it herE FOR LINUX: https://github.com/suryaya/Arabic-Phonetic-Keyboard-Linux

This phonetic keyboard works also well on Windows. Pretty much the same as the one above.

SwiftKey is a virtual keyboard app developed by TouchType for Android and iOS devices. SwiftKey uses a blend of artificial intelligence technologies that enable it to predict the next word the user intends to type. The company was purchased by Microsoft.

Google is constantly improving its own keyboard.

How can I get diacritical signs (tashkeel)? Press the . (full stop sign) to get the diacritical marks.

This keyboard for Android is based on Yamli. I haven’t tried it myself, but some people told me it works pretty well.

I personally use a physical/hardware USB keyboard as I am used to type in Arabic. If you set up a keyboard shortcut to switch between keyboard layouts, mixing English and Arabic becomes very easy.

Remark: It is easy to add a new keyboard layout. If you don’t know how to do it, here are instructions for Windows and for Mac users.

For German speaking countries You can buy it on Ebay

There are many offers for Arabic keyboards in the UK (also on amazon.co.uk), however, you may have difficulties to find a good and fair-priced keyboard in the USA. 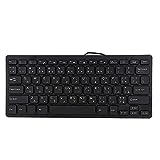 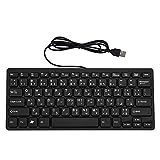 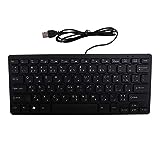 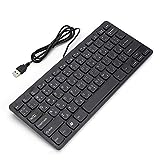 In the early years of the internet, before we had virtual keyboards on our phones and tablets, it was tricky to type in Arabic. So people used Latin (English) characters and developed a weird kind of writing which is still used in Arabic dialects.

This type of writing is often called Arabizi (عربيزي), Arabglish , Arabglizi, Arabish, or Franco-Arabic. The English alphabet is used and enriched by numbers for all the sounds and letters that are typical for Arabic.

I like your theme of arabic keyboard. Thanks bro

I personally used many of these keyboards but I love to use swift key, it’s the best. I also gathered information about android keyboards. You can check it.

@ArabicForNerds
352 Following
2K Followers
20 questions for: Betül Aslan (#30) I've always met many excellent Arabic speakers in Turkey. Betül Aslan is one of… https://t.co/MpnEPFb59K
16 days ago
What are the best dictionaries for Arabic dialects? Dictionaries for Arabic Dialects are rare. Here is a list of to… https://t.co/7PHB9Lmu6Z
28 days ago
Quiz: How well do you know the 99 names of Allah? A quiz about the 99 names of Allah (أَسْمَاءُ ٱللّهِ ٱلْحُسْنَىٰ)… https://t.co/iXl6OdoMrx
34 days ago
Follow

How can you improve your Arabic and move from intermediate to advanced? Here are five tips.
Read More

What are the best Arabic grammar books?

What are the best Arabic grammar books (nahw and sarf) for beginners, intermediate and advanced students? Some recommendations (in English, German, Arabic).
Read More

Arabic videos with English or Arabic subtitles are rare. Some YouTube vloggers and channels do offer that. Here are some recommendations.
Read More

The Arabic Collections Online are offering 10,000 Arabic ebooks across 6,000 subjects - for free. And it is legal.
wpDiscuz