The best modern Arabic novels which were translated into English. Part 1: Syria, Lebanon, and Palestine

The secret of advancing in any language is reading. Once you get past the beginner’s level with a grasp on basic verb conjugation and common words and expressions, your brain will start connecting the dots.

Many Arabic students get tired of reading Arabic classics which were written long before. They want to read modern books which use contemporary language and deal with topics that are closely connected to modern Arab societies.

In recent years, many modern Arabic novels were translated into English by experienced translators – thanks to the International Prize for Arabic fiction.

In a three part-series, I will present the finest modern Arabic novels which were translated into English. I will use Amazon to give you an idea where to buy them (the English AND the Arabic edition) – but any good book store should be able to order them for you.

How can you dramatically improve your Arabic by reading?

Let me tell you what I would do.

I prefer to read the paper edition of the ARABIC novel and always use a pen. I highlight words and expressions which catch my eye. After some pages, I look them up in the English translation and in a dictionary to check the pronunciation. I also write down tricky Arabic sentences, try to translate them on paper and eventually check how a professional translator rendered them.

If you use a digital device for the Arabic version, I’d still recommend to use paper and pen. Write down Arabic words and expressions which you don’t understand and later consult the English version. If you only quickly check them with an app, your brain won’t absorb much of the new information.

Get the correct pronunciation

Reaching a good command of Arabic also means that you know how to pronounce Arabic words. You can use AUDIO books for that. I have written an article about a great website offering audiobooks for FREE.

Now, let’s check some of the best modern Arabic novels which were translated into English.

In Praise of Hatred

The book describes the experience of oppression under fundamentalist organizations in a Syrian society devoid of democracy. In the 1980s Syria, our young narrator is living a secluded life behind the veil in the vast and perfumed house of her grandparents in Aleppo. Her three aunts, Maryam the pious one; Safaa, the liberal; and the free-spirited Marwa, bring her up with the aid of their ever-devoted blind servant.

Sarmada, Arabic for perpetuate or the eternally-not-changed, is the novel’s fictitious setting.

In the title, Fadi Azzam creates a new word (a derivative female form of noun-verb, which does not exist in Arabic) and in so doing immediately lets the reader know that women are the protagonists of this story that spans several generations, from Syria to Paris and back again. The novel is set in the Druze area and is a declaration of love for tolerance and for the peaceful coexistence of the many religious groups that live in proximity.

Narrated in alternating chapters by Suleima and the mysterious woman in Nassim’s novel, The Frightened Ones is a probing examination of life in Assad’s Syria and the devastating effects of oppression on one’s sense of identity. Suleima feels anxious as she looks at the pile of papers sent to her by Naseem, the handsome man with the bulging muscles. As she devours them, lingering on every word, she finds that she is reading an unfinished novel, or biography, about a woman dominated by fear, just like her.

A Sky So Close to Us

As children sleeping on the rooftop of their ancestral family home in Raqqa on warm summer nights, Joumane and her sisters imagine the sky is so close they can almost touch it.

Years later, Joumane lives as an expatriate in Jordan, working for a humanitarian agency, while her sisters remain trapped in war-torn Syria.

Guard of the Dead

Guard of the Dead is the story of Aabir, a hospital undertaker. Working in the morgue by day and the operating theater by night, he learns to pluck out and sell the gold teeth he finds in the corpses’ mouths. However, he lives in a state of constant dread and apprehension, his past working for a political party and as a sniper during the Lebanese Civil War hanging over him.

Why did Karim leave his wife and children and the life he had built in France to return to a homeland still reeling from civil war?

Was it to confront at last the ghost of the man known only as “Sinalcol”, a legendary phantom of the civil war, and a broken mirror of himself?

In Beirut, Karim will learn the fate of old comrades, and face a brother who shares a past as divided as the city itself. And he will find that peace is only ever fleeting in a war without end.

The Ninety-Ninth Floor follows the struggles and triumphs of Majed as he makes it in Manhattan at the turn of the century, after surviving the devastating 1982 massacre at the Sabra and Shatila refugee camp. 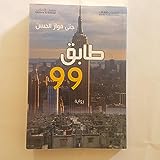 The novel is set in the Mediterranean port city of Tripoli, on the northern coast of Lebanon. Unfolding at the height of the US-led invasion of Iraq, it revolves around the radicalization of an ordinary youth named Ismail and his struggle to decide whether to carry out an assigned deadly mission

It is a novel about a troubled city during an explosive period of history. It describes two contradictory worlds existing side-by-side within a single Lebanese city, Tripoli.

Jabbour Douaihy evokes the horrors of internal division in Lebanon through his observation of village daily life where revenge is the prevailing system of justice.

On June 16, 1957, a shoot-out in a village church in northern Lebanon leaves two dozen people dead. In the aftermath of the massacre, the town is divided in two: the Al-Ramis in the north and their rivals, the Al-Semaanis, in the south. However, lives once so closely intertwined cannot easily be divided. Neighbors turn into enemies, and husbands and wives are forced to choose between loyalty to each other and loyalty to their clan.

Spanning the collapse of Ottoman rule and the British Mandate in Palestine, this is the story of three generations of a defiant family from the Palestinian village of Hadiya before 1948. 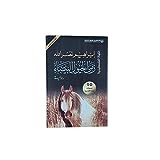 Destinies: Concerto of the Holocaust and the Nakba

Palestinian–Armenian Ivana eloped with a British doctor in the 1940s, during the Nakba, and emigrated to England. Over half a century later, her daughter Julie has been tasked with Ivana’s dying wish: to take her ashes back to their old home in Acre. She and her husband Walid leave London and embark on a journey to Palestine.

The novel is written in four parts and deals with many topics, for example, the Palestinian exodus from Israel in 1948 (known as the Nakba), the Holocaust and the Palestinian right to return.

The Lady from Tel Aviv

The novel’s protagonists are Palestinian exile Walid Dahman, who is returning home to Gaza after many years in Europe, and Israeli Dana Ahuva, who happens to be sitting next to him on their flight into Tel Aviv’s Ben-Gurion Airport. Their dialogue takes the reader into the far realms of memory, history and the self.

You can get the Arabic version on almost any web store, for example, Neelwafurat.

What are the best book shops for buying Arabic books online? Over the years, I have used many book stores online. Here are my recommendations.
byGerald Drißner
5 min

Quiz: How well do you know the Arabic terms for animals?