Numbers in the Arabic language are like solving mathematical equations. But there is good news: a new online tool – which is of great help to learn the rules: arabic.ba
byGerald Drißner
2 minute read
No comments

Applying the correct case endings (and gender) in constructions with numbers in Arabic is tricky even for native speakers. In this article, I will explain the basic rules of numbers in Arabic and will introduce a new tool which is offered on the website arabic.ba

arabic.ba – a tool to train and learn Arabic numbers

You can learn all the rules by hard. But as soon as you come across a number while reading or speaking, Arabic may feel like an oral exam.

The rules for Arabic numbers must become intuitive, their application playful, like learning multiplication tables – where nobody thinks about it anymore. There is only one method for this: practice.

a new and great online tool to learn and train numbers.

The website arabic.ba also offers reading exercises! You find unvowelled texts taken from the book اَلْعَرَبِيَّةُ لِلنَّاشِئِينَ – and can then turn some or all vowels on to practice your understanding of grammar and morphology!

Why are numbers difficult in Arabic?

Numbers are vague, undefined words (كَلِمةٌ مُبْهَمةٌ). It is the number (عَدَدٌ) that does the job in a sentence and not the actual thing that is counted. That’s not really logical for English speakers.

In Arabic, for example, the number may serve as a direct object (مَفْعُولٌ بِهِ), subject (فاعِل) – and not the word that is counted (مَعْدُودٌ).

In Arabic, numbers are nouns (

In Arabic, numbers are nouns (اِسْمٌ). They are triptotes except for the number 8! Therefore, they take case endings.

Watch out: Only when the numerals are used to express abstract num­bers, they are treated as diptotes (مَمْنُوعٌ مِن الصَّرْفِ) like proper nouns. An example:

Numbers in Arabic are like solving mathematical puzzles. If you like logical games, this is perfect for you. In the end it just comes down to two major steps.
byGerald Drißner
2 min

The system for writing numbers from 3 to 10 is a quite awkward. You have to use the opposite gender of the word to which the number refers (الْعَدَدُ مُخالِفٌ لِلْمَعْدُودِ). This is called inverted agreement.

Note: Numbers from 3 to 10 serve as the first part of a إِضافةٌ; the sec­ond part has to be in the plural.

How to write Arabic numbers correctly – the rules 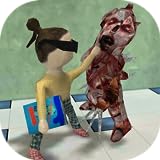 Al-Jazeera offers a grammar test. There are a couple of pitfalls. So, reason enough to take a look at the most important Arabic grammar topics. Come to prayer! حي على الصلاة – What type of word is hayya ‎حيَّ‎?‎‎

Hayya حَيَّ is used in the call of the Muezzin: Come to prayer! حَيَّ عَلَى الصَّلاةِ. It is a special word type: a Ism al-Fial (اسم فعل).
Read More

The و does not always mean "and". The waw of accompaniment (واو الحال). Such constructions are tricky as we need different words in English. Arabic used to be written without dots in ancient times. At least it did, a long time ago. Could you read such sentences?
wpDiscuz